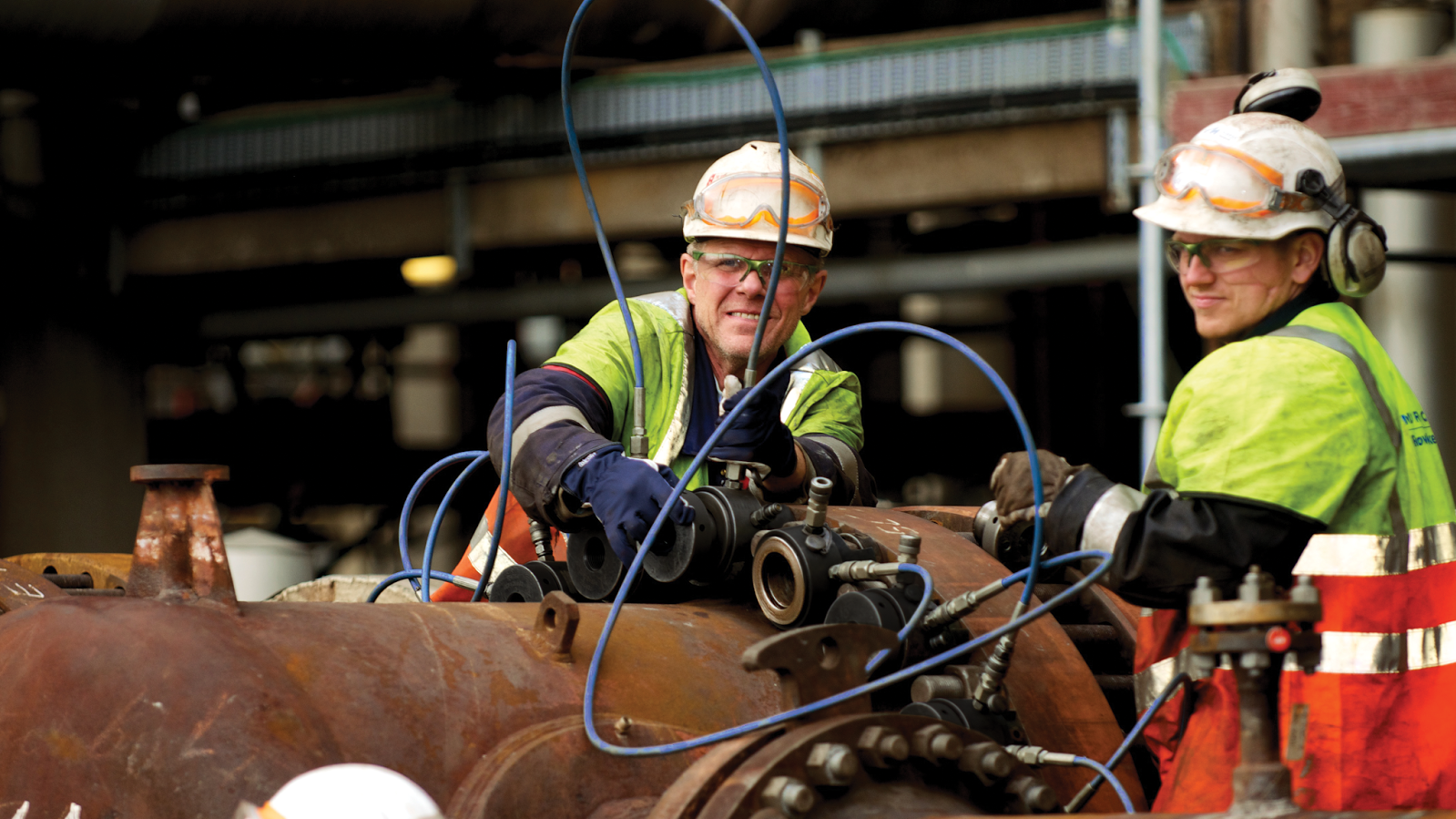 Tensioning Or Torqueing? What is the Best Choice?

When visiting customers and particularly the ones that are offering bolting solutions I was interested by the technical features when it comes to tight so many big bolts at the same time.

A good and simple example to understand what the installer or the maintenance people have to achieve is the connection of sections of pipes.

One of the main key points in connecting two pipes with a flange is the tension applied to the bolts. Engineers are determining these values according to each case. The tension will define the sealing or the strength of the connection. Too much tension on the bolt will create a risk of breakage, too less, a weak connection.
So in every project, the tension on the bolts are clearly defined by the designer and have to be strictly followed by the installer.
To get also a smooth repartition of the effort around the connection, these bolts have to be tightened in sequences with opposite ones around the circumference.

Putting in place a flange to connect two pipes can be done in two different ways: torqueing or tensioning.

Here are some descriptions of each of these processes:

A machine is pulling the threaded bar part of the bolt and when a certain effort is reached, then the nut of the bolt can be assembled by hand. After this is done the machine releases the effort and the bolt is securely placed with the right tension. 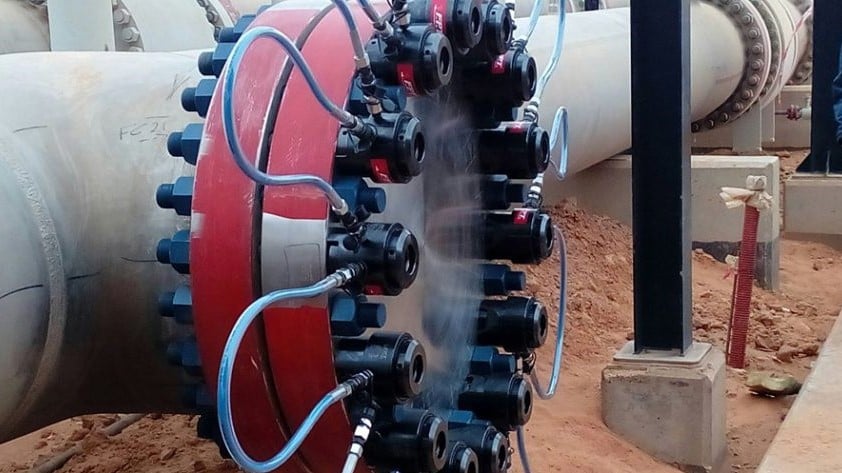 In this case a torque controlled machine tightens the nut of the bolt directly until the desired value is reached.

The tightening job can also be done by hand and in this case the installer knows how many turns need to be achieved in order to reach the desired torque. Usually a mark is done with a pen or chalk on the bolt, and the striking or lever wrench is used to turn.
In some cases, this hand operation is the only way to do the job, especially when working at height or in difficult or narrow places.

The SAFEWRENCH helps mechanical engineers thanks to its efficient and safe positioning on the nut. They can use it as a counter-wrench, to avoid the other side of the bolt to turn when using hydraulic tightening.
The SAFEWRENCH can also be considered as a tightening device itself. As it stays on the nut, it can be used even with a work overhead, it is a great way to manually tight bolts in a safe manner.

Now, the real question for professionals is: When should I use one or the other solution?

Is tensioning better than torqueing when it comes to bolting solutions? It happens that the manufacturer or designer is telling you what to use, in this case you have no choice and you need to follow instructions.

But when you have a choice and you are looking for the best solution you need to make decision.

The SAFEWRENCH can also be considered as a tightening device itself. As it stays on the nut, it can be used even with a work overhead, it is a great way to manually tight bolts in a safe manner.

Every solutions have pros and cons, but let’s have a look at the big principles

This bolting solution appears to be more precise. Many bolts will be tight at the same time with a perfect effort and nothing really look to suffer under friction. It is probably the most ‘natural’ way to put bolts in tension. In this case no counter wrench is needed and even if the access is limited on one side of the flange, you can always achieve the job.
It is a good and reliable system especially when big bolts or studs are involved. The strength is highly accurate and the control is quite easy.
Tensioning is also quite expensive and maybe longer to put in place than other systems.

Stretching the bolt here is done by simply turning the nut. Not only the tension increases the strength the device has to reach to go further but the friction on the surface of the component to be tighten. Many factors are mixing to reach the right torque.
This system is simpler to use and less expensive. It can be used also to dismantle, so it is more versatile. But surely less accurate than tensioners but more adapted to small bolts.
Instead of measuring the torque, you can also count and monitor the angle between the stud and the nut in order to reach the desired value.
In the torqueing process, you need a counter-wrench that can be released under pressure.

SAFEWRENCH as a counter wrench or as a torqueing device is ideal. After the process, the Safewrench can be stroke to release the pressure and be removed from the other side of the bolt.
For assembling, as it secures itself on the nut, it is easy to strike with two hands on the hammer even if used overhead. SAFEWRENCH is a patented tool equipped with 2 retaining rings allowing to maintain firmly and safely itself on bolts. 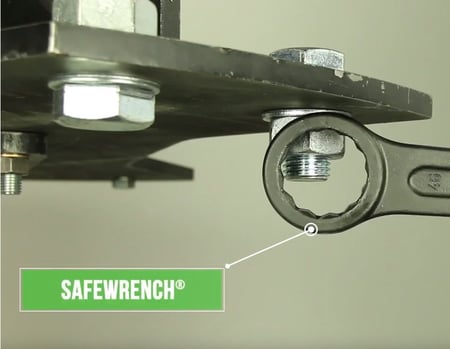 It is as easy to use as a regular striking wrench and does not require additional devices to secure the mechanical engineer jobs such as handles, magnets or springs.

The SAFEWRENCH comes in both steel and non-sparking materials.

Download "The Ultimate Guide for the Appropriate Use of Safety Tools" right now for free: